Up Up and Up some more

Frozen Well Studios have just released their latest Android outing, UP UP UP.

Up Up Up is a casual arcade game available on the Google Play store, the idea is simple, your balloon travels from side to side and you control it’s altitude with a tap of the screen, avoiding all obstacles on the way. The aim is to get as high as you can before your balloon goes pop!

The game has a retro feel with simple, but effective, pixel art sprites and the game play is good, trying to get that few extra metres to beat your previous best is surprisingly addictive.

The game carries uninterruptible video ads, they kick in every 5th play and are if fact the most polite way of displaying ads I have ever seen. The game asks you if you’d like to view the ad to support the developer, you can simply click no if you are really not interested in giving the developer 15 seconds of your time and carry on playing. Because I was asked if I wanted to watch the ads instead of being forced to I actually clicked on them a few times during my play time. I think it’s a nice way of approaching advertising in a game and could be a good way of ensuring your game isn’t uninstalled like so many others that bombard you with advertising.

Overall I think this is a great wee time killer that’ll have you trying to beat your previous score for quite a while.

Give it a go for yourself on the Google Play store and let us know what you think on Facebook. 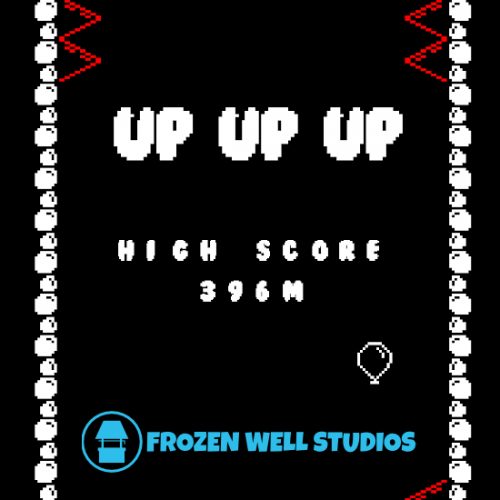 Strapline: Up Up and Up some more

Tap to make your balloon go higher.
Avoid hazards and see how high you can go without popping.

An interactive media and graphic design guy, who has been working in industry since 2011. He started getting into making games after entering the Moray Game Jam back in 2014 and has been hooked ever since. You may know him from such game as Hungry Ian.